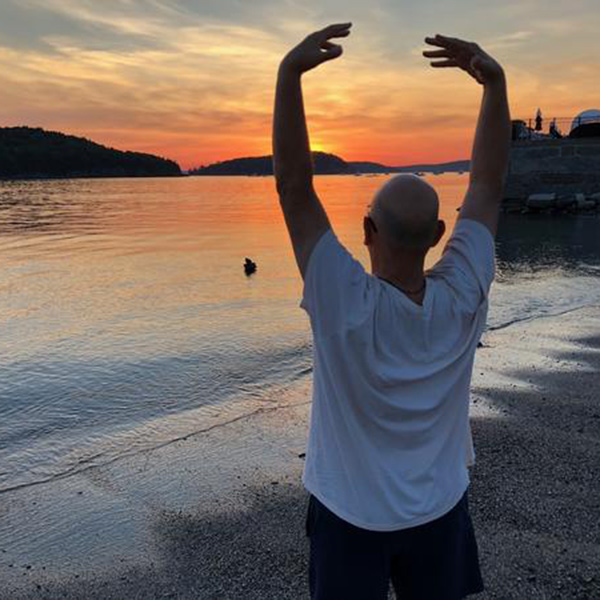 This class is “preventive maintenance” for your body and mind. It’s important to keep the energy flowing for better health and a stronger immune system. It’s also important to quiet your mind and listen to your heart. We will practice qigong movements including body tapping and meridian stretching to improve the flow of energy in our bodies. Class will also include meditation and a zen/inspirational story to help us see the world from a more heart centered view.

This class is for all ages. Please bring a mat and earbuds/earphones (if you choose) for the meditation.

David is an energy healer, qigong teacher and workshop facilitator. His path began in December 2005, after a second knee surgery.  He unknowingly wandered into an energy yoga center seeking a massage to help with the pain. Knowing nothing about energy, yoga or healing, he signed up.  After practicing for 2 weeks, and receiving energy healing,  David  “just knew” this was something he wanted to do for the rest of his life.

After many trainings and workshops, under the tutelage of master healer- teacher Chun Shim, he became a Qigong teacher and workshop trainer. After 9 years of practice, he moved on to learn other forms of energy work. He became a Reiki master-teacher, Tong Ren practitioner, studied with qigong master Robert Peng and shaman, Sandra Ingerman.  David has spent years studying the teachings of Ram Dass and has integrated what he has learned into his own life and his teachings, all with the intention to help guide others toward a healthier and happier life.

There are currently no reviews. Be the first!